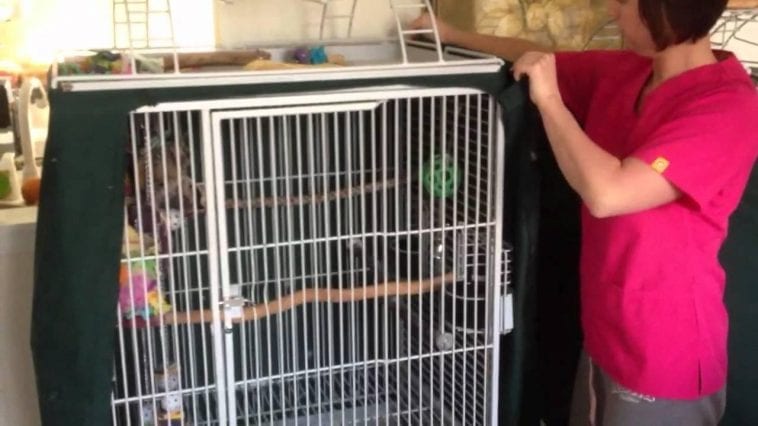 Bird keeping may be a very rewarding endeavor for a lot of owners who love having pet birds around. After all, they are some of the most intelligent and endearing types of pets to have in a family home. Moreover, they are great companions who will never hesitate to show their caring side if they begin to trust you as its owner and friend. However, it is not the easiest of endeavors for those who lack the experience and expertise needed for bird keeping.

It is far too often that inexperienced bird keepers who are still beginners in the field ask all sorts of different questions related to taking care of a bird. This includes asking what to feed the bird and what kind of cage it needs. It also is not too silly for one to ask odd types of questions that are related to taking care of a bird effectively. And yes, asking whether a bird cage needs to be covered at night is as legitimate a question as one can be.

A lot of bird owners weigh in on whether or not a bird cage should be covered at night when it is sleeping. This can be a topic that is quite confusing for some people, especially if they are still new to bird keeping or if they have not done any prior research. To make things simpler, we have explored this topic and have come up with a good discussion concerning why you should or should not cover a bird’s cage at night.

When you should cover a bird’s cage at night

There are some birds that are not used to the time zone in your region, especially if the pet bird you have was shipped over from a different time zone. As such, it is perfectly understandable for that bird to have a sleeping pattern that is not in line with your time zone. In some cases, it could be because your bird’s sleeping time adjusted because it fell ill a few weeks ago and was not able to get enough sleep. Another reason might be because it just was not able to sleep because you had a party at your house and was making so much noise. Whatever the reason is, it could be sleeping four hours earlier or four hours later than you would expect it to. In such a case, there might be a need for you to cover its cage at night.

Covering a bird’s cage at night can help you establish a proper sleeping pattern for your bird. That is because you are forcing it to sleep under the dark covers inside its cage to make it think that it already needs to sleep since the night is already at its darkest. Birds are pretty sensitive to light and will not sleep whenever they see hints that would tell them to stay awake. As such, you would need to cover the cage to simulate total darkness and to allow it to fix its sleeping pattern so that it would stay in line with your time zone.

Cold seasons such as the winter can make the nights seem too cold for your bird to the point that conventional heating systems might not be enough to keep your pet warm. As such, you might want to provide it with a bit more warmth by adding an extra layer over it to protect it from the cold. Covering the bird’s cage with a blanket can help keep it warm at night so that it can still sleep well even in the middle of the cold winter season.

Fireworks are perfectly normal during the Fourth of July and the New Year. You will be happy and amazed by the different glows of light lighting up the night sky while the entire neighborhood celebrates two of the biggest holidays of the entire year. However, you cannot say the same about your bird, who is most likely unhappy with the fireworks.

Birds are sensitive to light and sounds and will easily get startled when they see and hear fireworks. In such a case, you can muffle the sound that the fireworks make and try to keep it momentarily blind from all the lights by covering its cage at night. That way, you can enjoy the fireworks while feeling confident that your bird is not stressed by all of the lights and sounds around int.

When you should not cover a bird’s cage

Similarly, there are good reasons as to why you should not cover a bird’s cage. Here are some of the scenarios wherein covering a bird’s cage is a big no:

Observe the bird and check whether it gets stressed out if you cover its cage. It will be making sounds, or it might appear to act in a hysterical manner. As such, if you noticed that it does not like getting its cage covered, avoid doing so to prevent it from getting too stressed from such a situation as this can negatively affect its mental and physical health in the long run.

There are some cases wherein the bird is too used to sleeping at night with a cover over its bird cage. While this won’t totally harm it, it might lead to a stressful situation in the future if you are unable to cover its cage for one reason or another such as when you are traveling with the bird or if it happens to be re-homed by someone who does not know that it needs its cage to be covered at night. In such cases, avoid keeping a cover over its cage from time to time so that it will actually get used to sleeping without the cover.